↑
You are here: Home / Recipes / Cosmic Brownie Puppy Chow Recipe
This post may contain affiliate links. If you make a purchase through one of these links, I do receive commission. For information, read my full privacy policy. Before reading our posts, please review our disclaimer.
Jump to Recipe 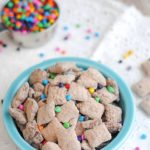 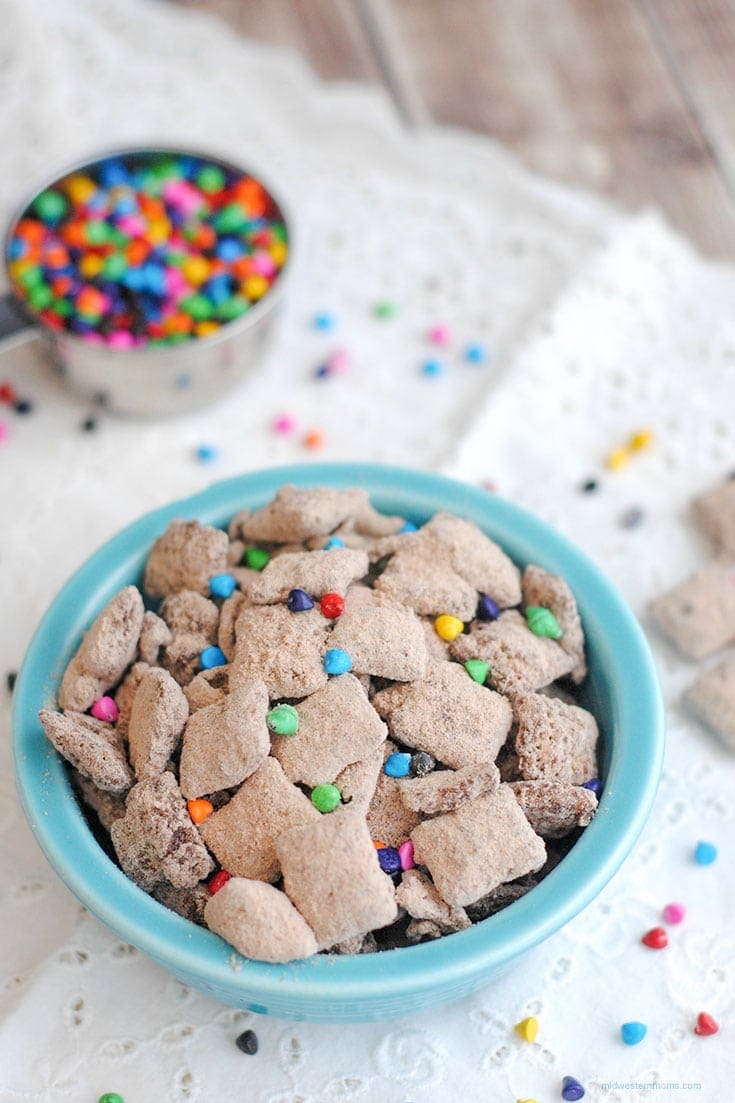 If you have not guessed, this puppy chow recipe is inspired by Cosmic Brownie by Little Debbie! Can you tell?

Gather all your ingredients together to get started. 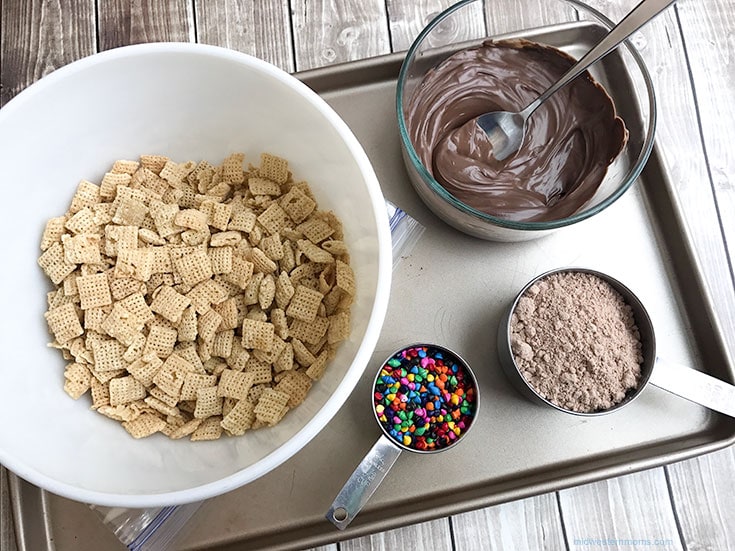 First, melt the candy melts according to the directions. 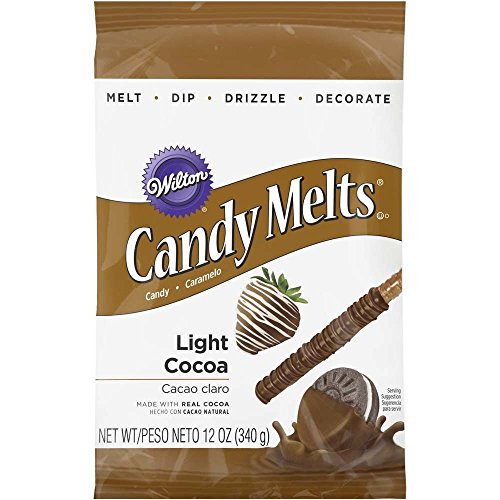 Wilton Light Cocoa Candy Melts Buy from Amazon
We earn a commission if you click this link and make a purchase at no additional cost to you.

Then, pour the melted candy melts over the cereal and stir. Make sure to fully coat the cereal. 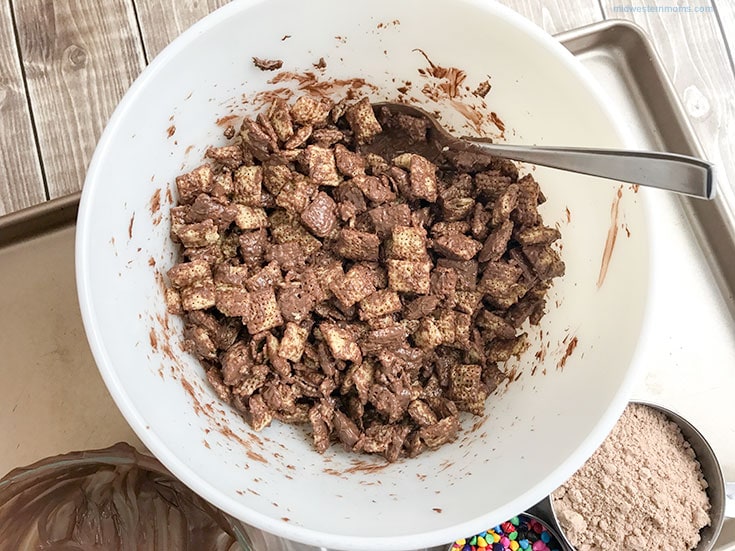 Divide the box of brownie mix between the 2 large freezer bags. 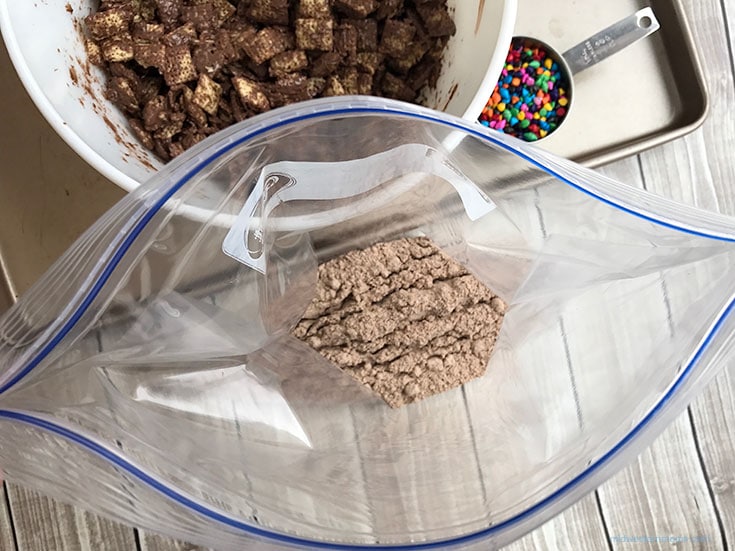 Then divide the coated cereal into the 2 bags.

Seal the bags up and shake them until the brownie mix coats the cereal. 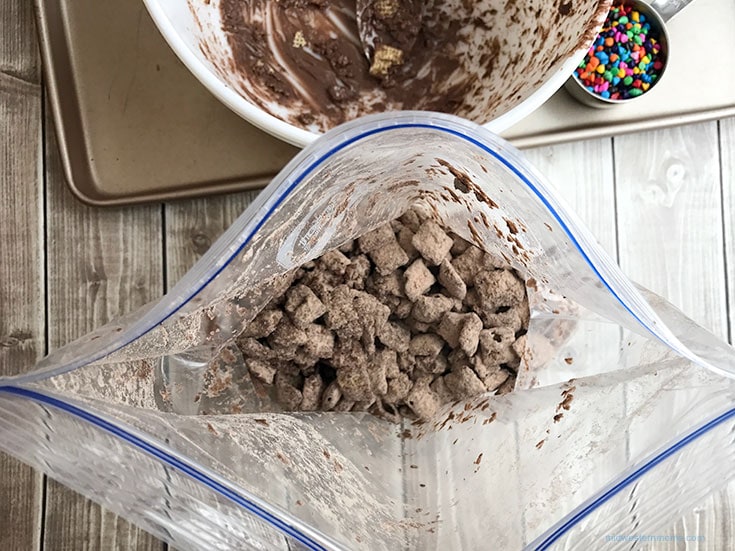 Add in your rainbow chips and the puppy chow is complete! 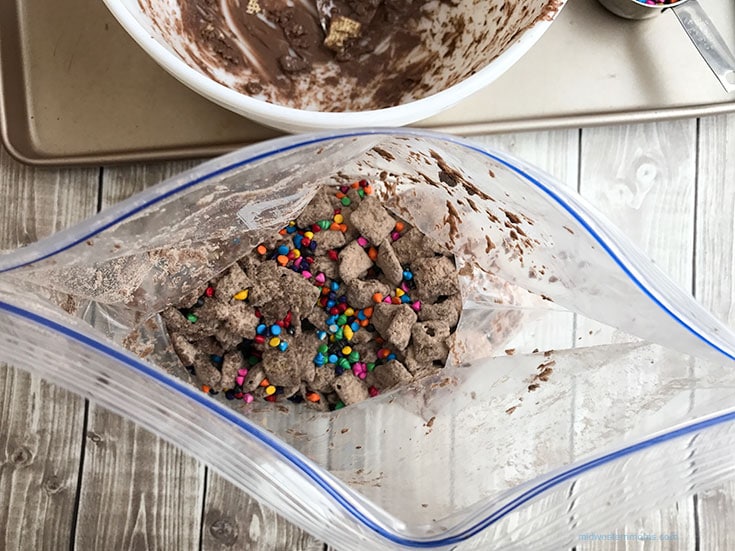 To store the cosmic brownie puppy chow, keep in an airtight container or just keep in the bags. 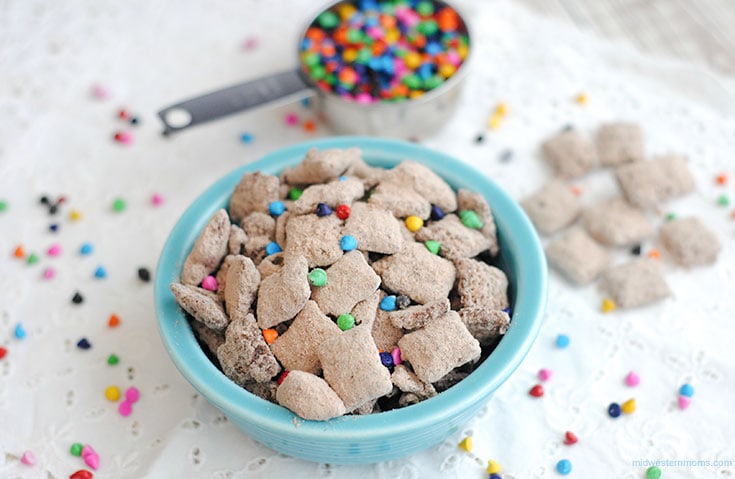 I just love how easy this recipe is to make! 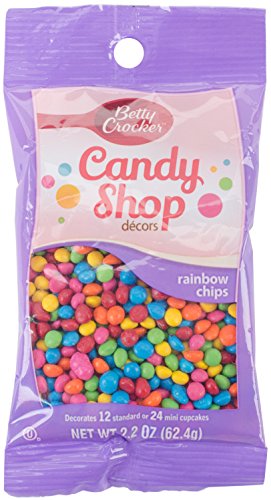 Betty Crocker Rainbow Chips Buy from Amazon
We earn a commission if you click this link and make a purchase at no additional cost to you.