↑
You are here: Home / Travel / Omaha Children’s Museum
This post may contain affiliate links. If you make a purchase through one of these links, I do receive commission. For information, read my full privacy policy. Before reading our posts, please review our disclaimer.

*I received admission into the Omaha Children’s Museum from Visit Omaha. All opinions are my own.

If you are looking for fun for the kids, look no further than the Omaha Children’s Museum. I think we could have easily spent the whole day there. (Make sure you check out things to do in Omaha with kids)

The kids could have stayed in the Charlie Campbell Science and Technology Center the whole time. We decided to call it the “Ball Room”. It was a huge room that was filled with a massive ball machine that had tubes that used air, hydraulics, and mechanical elements to move the balls around the room. The eventually end up in a bin hanging from the ceiling. After it gets so full, an alarm sounds and all the kids go running to the center of the room to gather up the balls as they drop. My son liked using the auger to get the balls to the center. Even my youngest liked playing in this room. 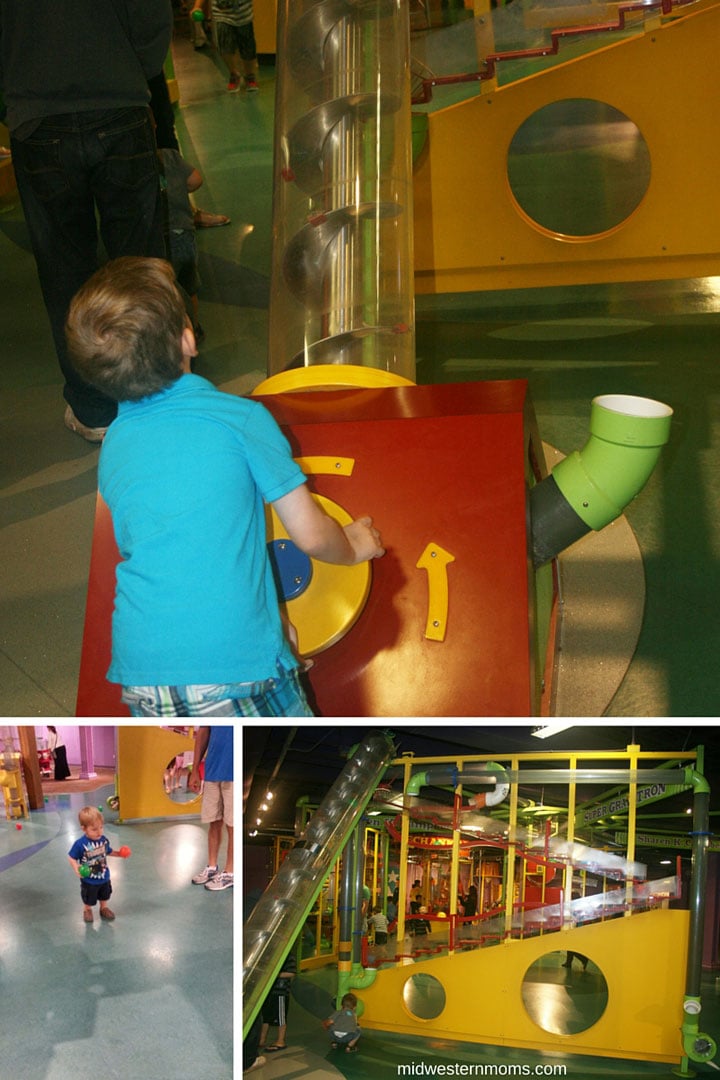 My oldest son really liked playing in the car garage. They had a play car set up and you would work on the engine, change tires, and get under the car to work on it. 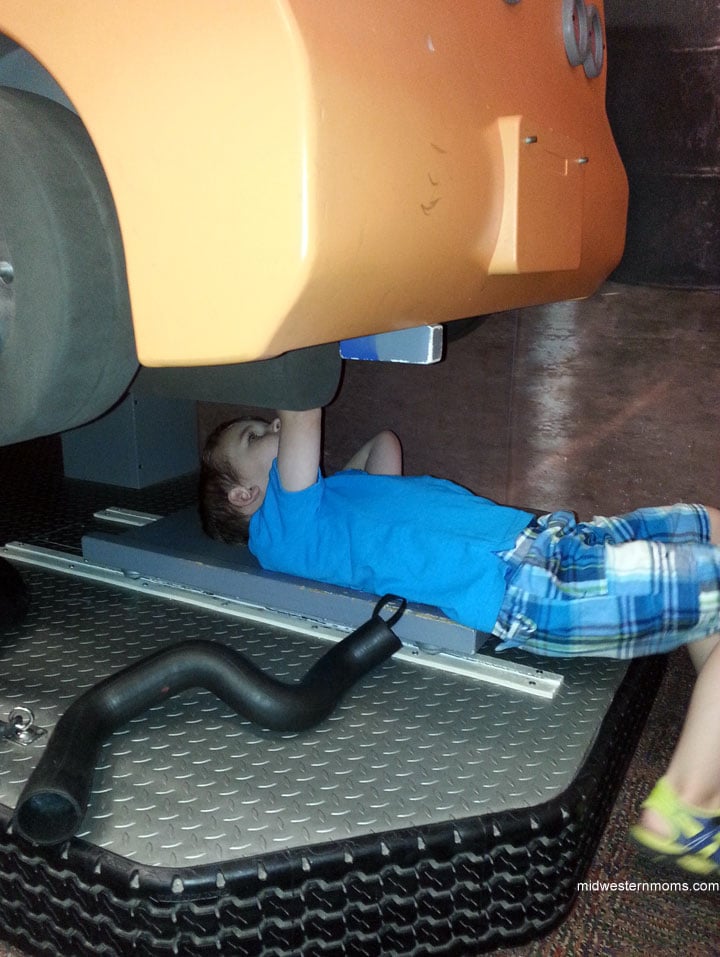 They also have an imagination playground. There are cute little storefronts built so they can go pretend grocery shopping, take care of their banking, play doctor, and more! In this area they have a Wiggle Room which is wee little ones. 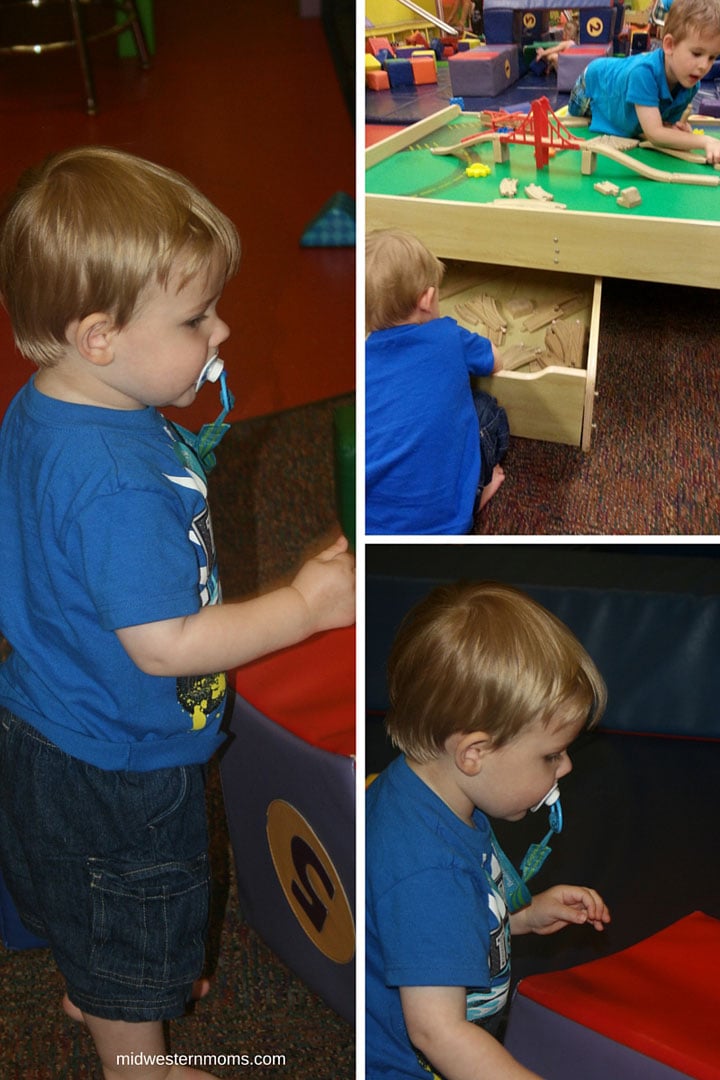 The special exhibit at the time was Legos. Right up my sons’ alley. Kids could build cars and race them, look at models built from Legos and so much more.

When I asked my son what his favorite part of the trip was he exclaimed, “The Kid’s Museum!!!”. This is definitely a stop to make in Omaha if you have kids.